Before & After: Scandi Cosiness in Copenhagen 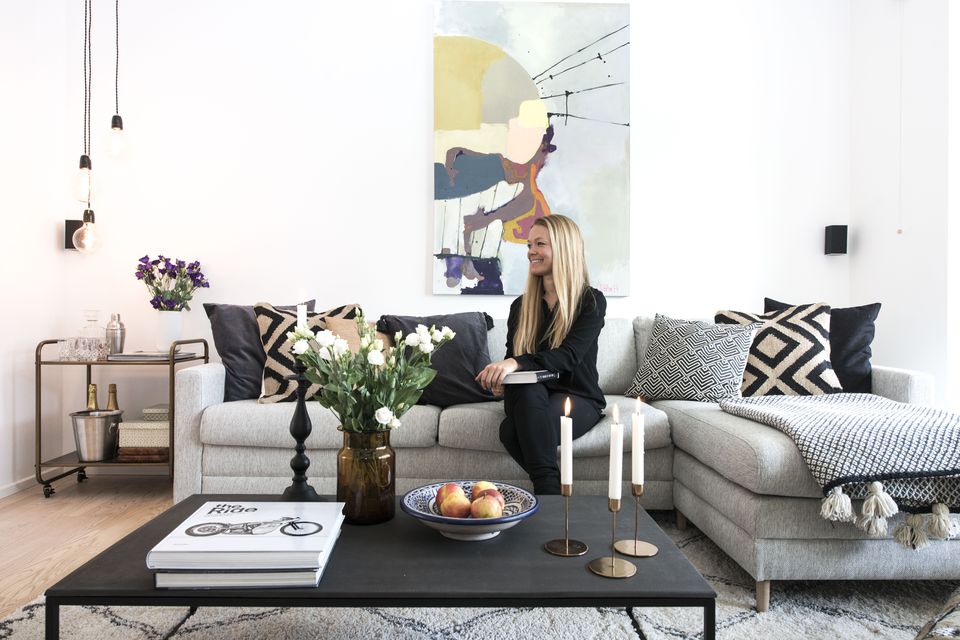 The Homewings team took a trip to Copenhagen to check out Louise’s renovated apartment. She wanted to combine uses as both a stylish home to live in, while being practical for rental on Airbnb. We LOVE what has been done and felt totally inspired by the space.

We approach this beautiful and centrally-located building on Islands Brygge, one of Copenhagen’s most historic and adorable quarters, and Louise is there to greet us. Upon entering her apartment, we are immediately struck by its simplistic beauty. The living room feels very open and spacious, which is saying a lot given the size constrictions of living in the inner city. Unlike many Homewings clients, Louise - who works as the CEO of a startup and has been an entrepreneur since adolescence - started this process almost completely from scratch. Though she has been “out of the nest” (so to speak) for quite some time, this is actually her first permanent apartment. An avid traveler, Louise has long been hopping from country to country and has therefore become accustomed to living out of a suitcase. 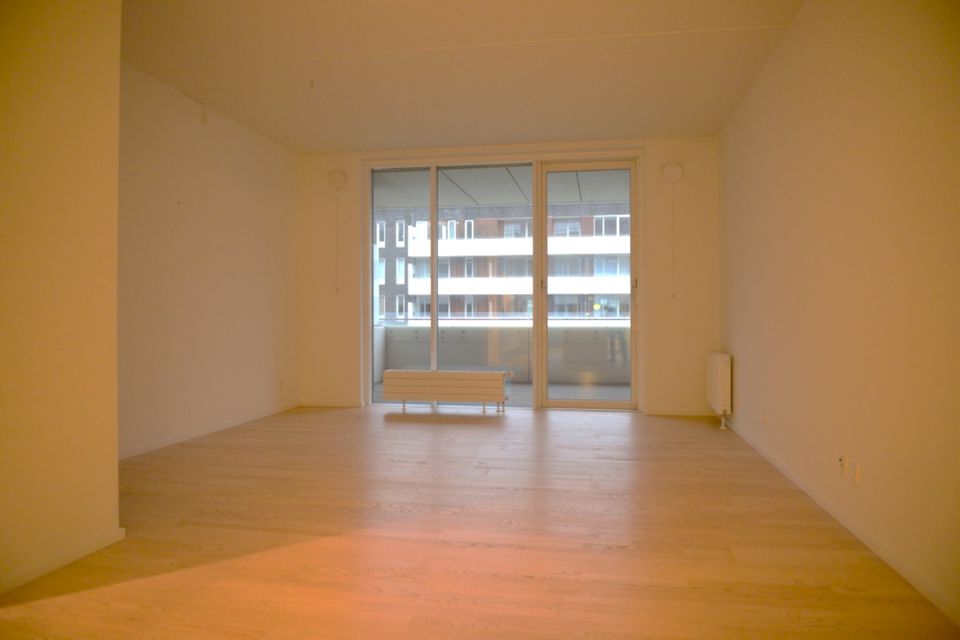 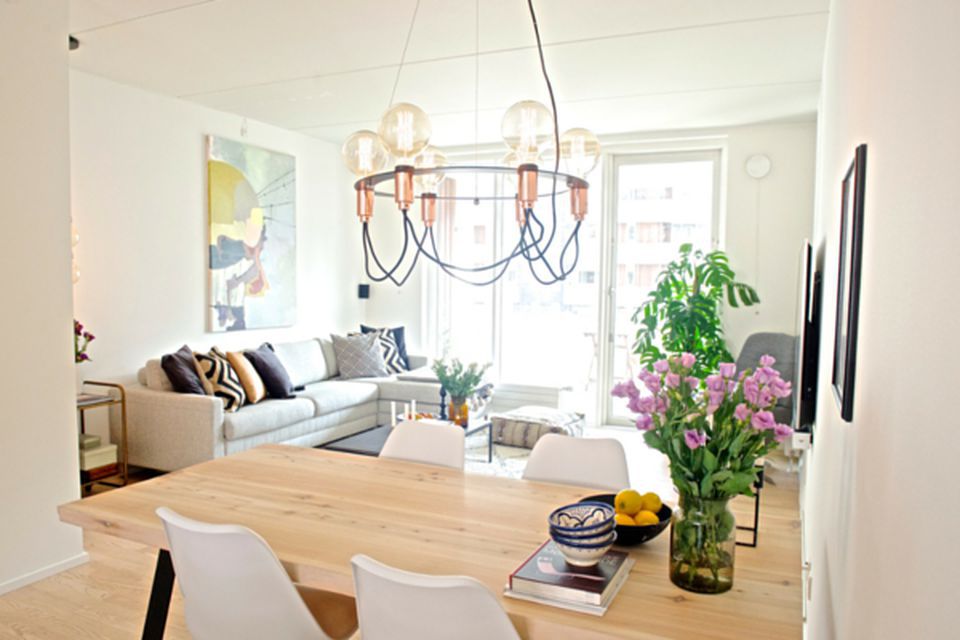 Traveling has always been an important part of Louise’s life, considering her diplomatic family is spread out all over the world. “The place I would say I’ve been most inspired by is Morocco. I wanted to combine the modern and minimalist feel with some berber design, which you can see in the rug and the throw pillows, for example,” she clarified. The contrast between the subtle Moroccan accents and the brightly coloured painting hanging behind her couch adds a pleasant pop to the look of the living room.

Louise discovered Homewings on the internet not long after moving into her new apartment. Initially, she had imagined she would only be able to get some online advice or suggestions without hiring an expensive, in-person interior designer.

Louise claims she was ‘pleasantly surprised’ by how easy and inexpensive it was to use a ‘whole-package’ service like Homewings, especially for someone like herself with such a busy schedule.

On that note, she was also really glad she had saved room in her budget for furnishing the interior; “So many people I know max out on the apartment alone and then end up with poorly designed interiors. I wanted to make sure I left enough room in my budget to have both a nice apartment and a nice space inside.” 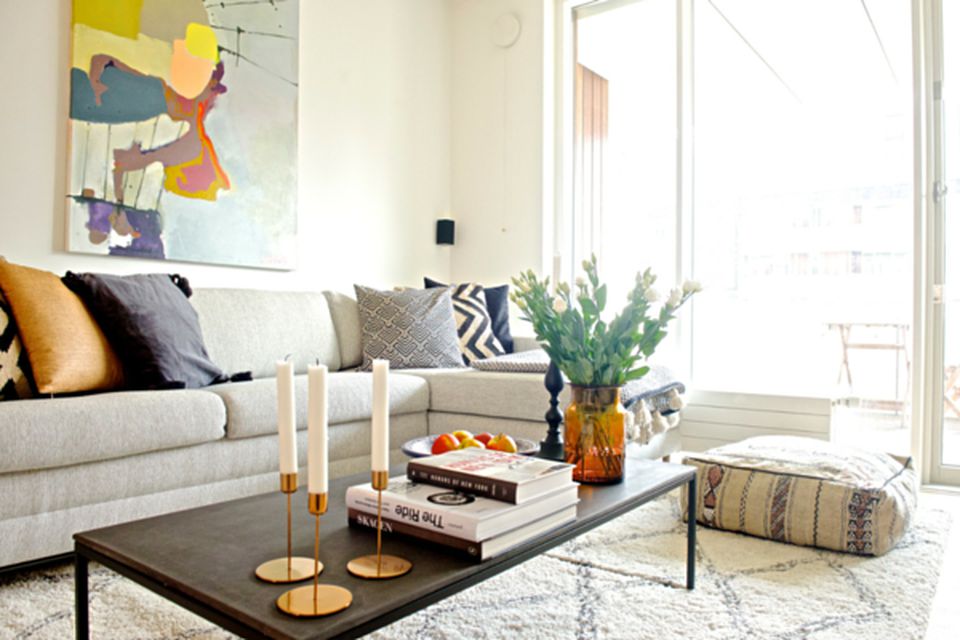 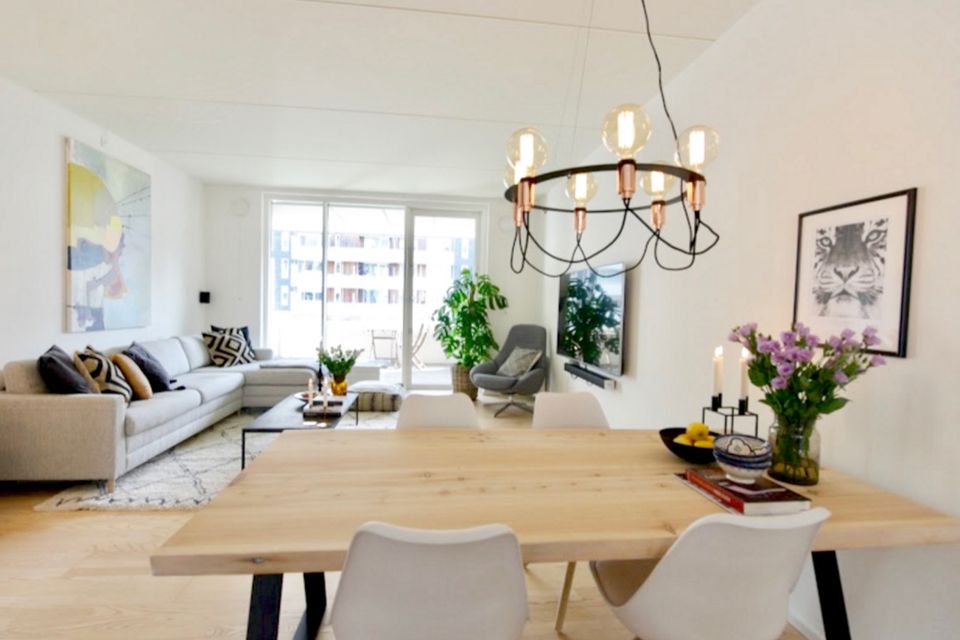 One of the primary reasons Louise wanted to create such a beautiful apartment was so she could rent her place out on Airbnb. Like many other homeowners these days, she thought it would be a great way to meet new people while making a bit of extra cash on the side. “Airbnb has been such a useful tool for me in all my travels, and I wanted to create an aesthetically pleasing space in such a beautiful area of the city so people from all over the world would be eager to come visit my place in Copenhagen.”

Part of achieving that aesthetic pleasure was ensuring that the minimalist look of the apartment wasn’t too harsh and uncomfortable. Louise and her designer achieved this by focusing heavily on re-lighting the place to give it a glowing warmth that is essential to Danish comfort. “We have this concept called ‘hygge, and it basically means cosiness and intrinsic comfort created by the atmosphere around you. In Scandinavian design, it is super important to contrast the sterile simplicity of your space with some ‘hyggelige’ things, like fuzzy blankets, soft light lamps, and candles,” Louise explains.

This Scandi-style cosiness has actually become her favourite aspect of the apartment: “I love that my place feels functional and simple, yet it is still cosy even during the dark winter months.” 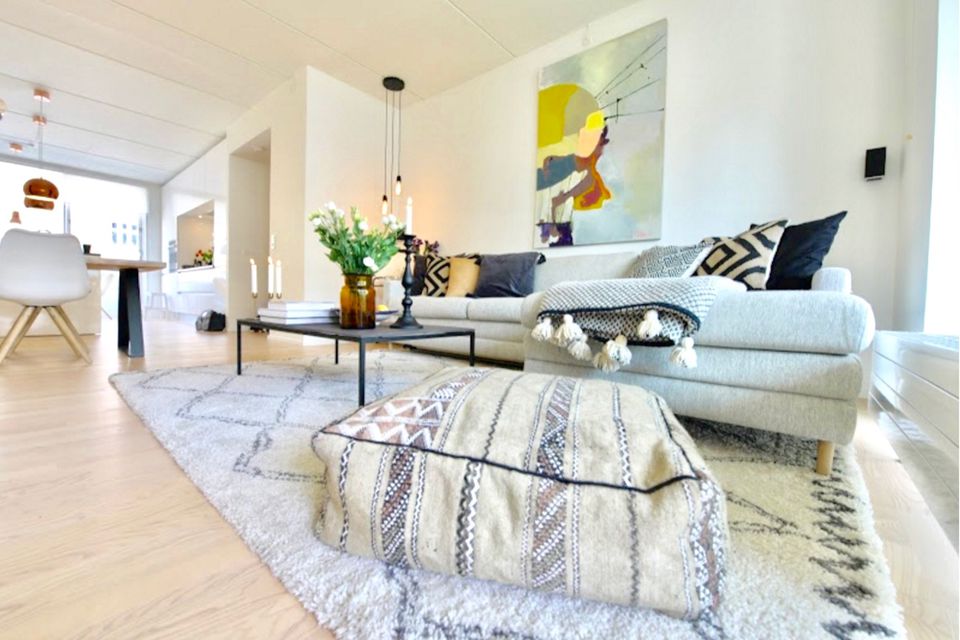 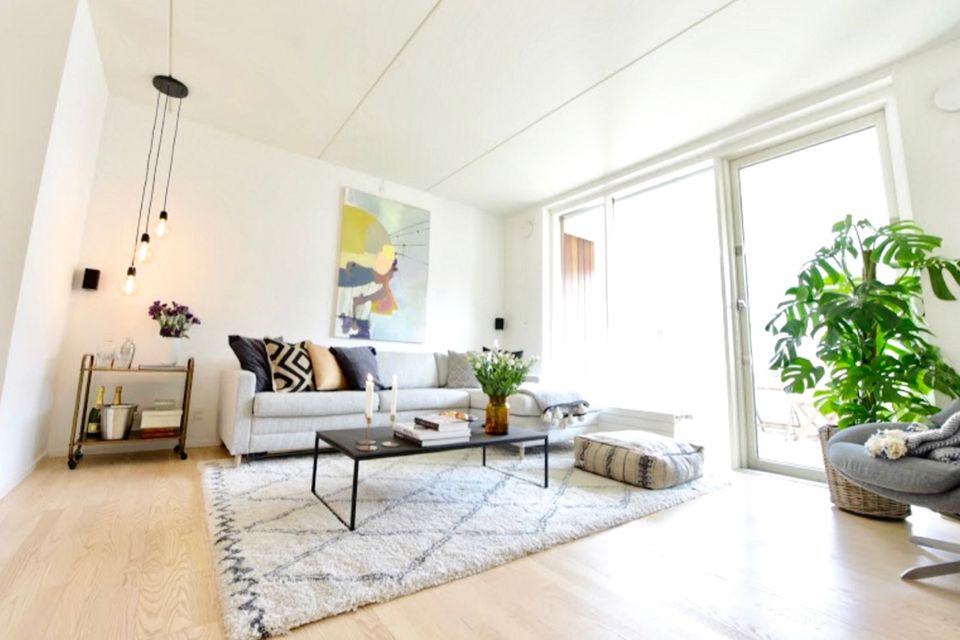 We at Homewings are so thrilled to see how well Louise’s apartment turned out, and we are sure that both she and her Airbnb guests will enjoy living in such a sleek, modern, yet comfortable space. As we are heading out the door, Louise laughs and says: "Owning this apartment definitely won’t stop me from traveling, but it feels really good to finally have a place to call ‘home-base’ for myself, you know? And I couldn’t ask for a better home-base.”

Before & After: Hsiu's Scandi Flat in East London

Style and the City: What Your London Neighbourhood Says About Your Interior Style