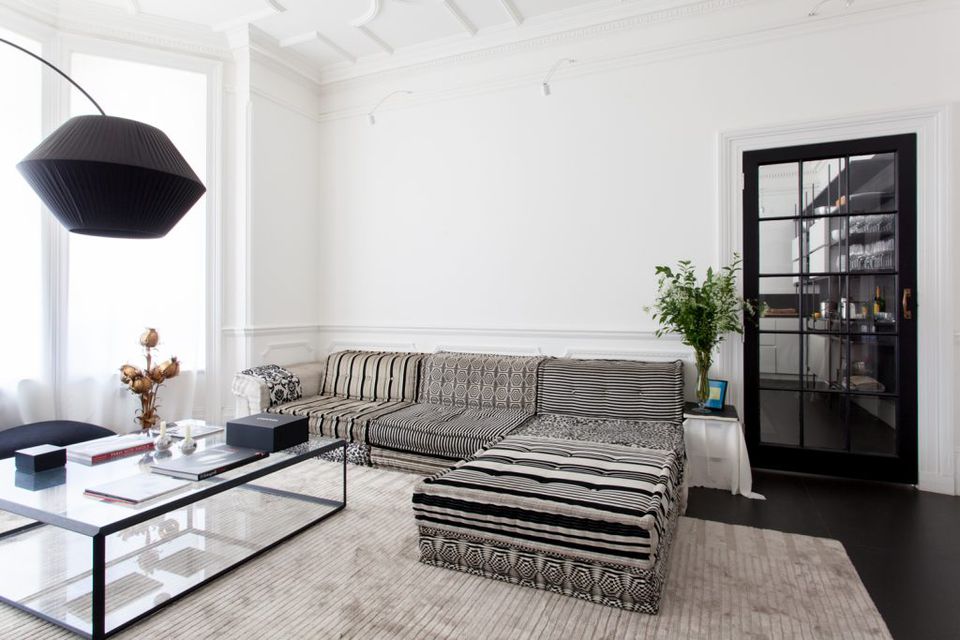 Men’s clothing designer Fedro Gaudenzi invites Homewings for a peak around his Mayfair home, where monochrome mixes with great masters, and the influence of a childhood in coastal Italy are palpable.

There's nothing Fedro enjoys more than time spent with good friends, so it's no surprise that this designers flat - somehow dramatic and serene all at once - provides the ideal backdrop to his busy London life.

Having worked in tailoring since the age of 12, he launched his first men’s clothing business at 23. Moving to London in 2007, he purchased this flat and set about creating a little piece of monochrome heaven. 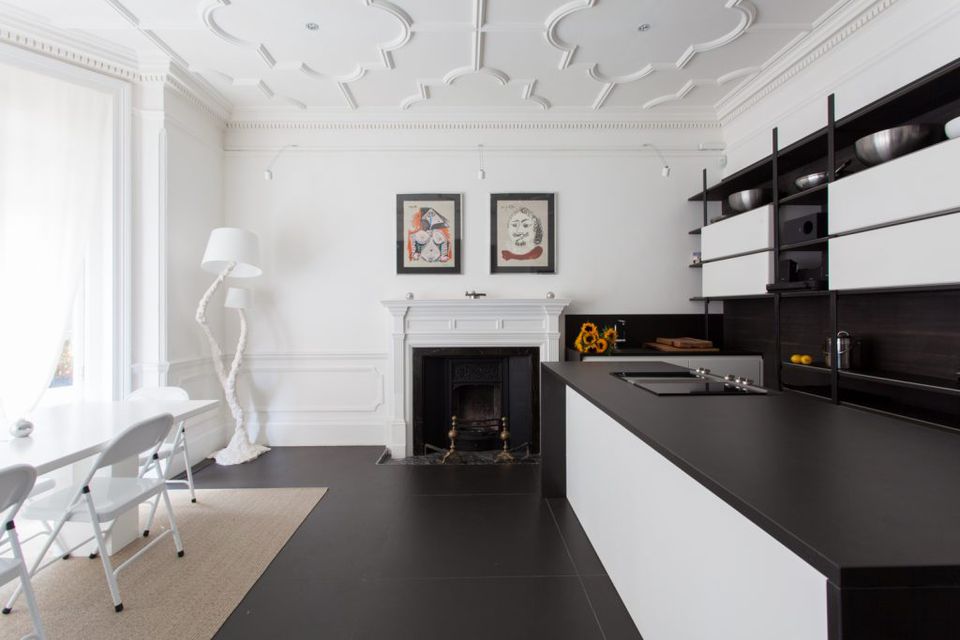 “I have a simple aesthetic” Fedro says. “Colour-wise I love black and white but mainly black as it reminds me of the elegance of how my mother always dresses" he says. The space itself started as a 3 bedroom open plan, purpose built Victorian apartment. "I think the strength of this space is in the way it’s divided" he explains. With bright white walls and high ceilings, the flat evokes an industrial gallery space, in spite of its period features. "When I bought it, where the kitchen is now was just a very big living room, but I love to have parties and I know that everyone loves a kitchen, so I brought the kitchen into the living room- it’s been a hit!” he says with a laugh.

As a child Fedro had Eastern leanings when it came to art. “I don’t know where this love of Asian design came from. Maybe from my mother…maybe a past life?" he jokes. “In all seriousness, the negative space that the Japanese use is really comfortable to me. In fact when I go to Japan, I feel very at home." Clearly the spacial understanding of Japan has not been lost on Fedro, and he has translated this into his London life rather seamlessly. 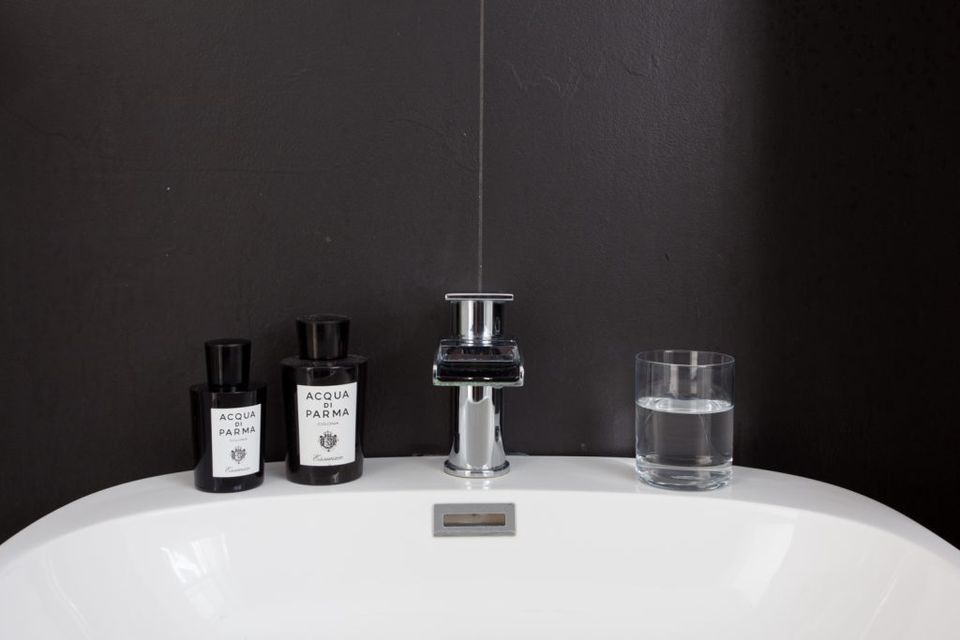 As one might guess of a creative London dweller, there is art. Fedro believes that art is essential in life and since he works as a designer by day, it only makes sense that he should surrounded himself with inspiring pieces. Apropos then are the the two Picassos that stand in bold contrast to their monochrome setting. “They’ve always been in the family and there’s something wonderfully charming about them" he muses. 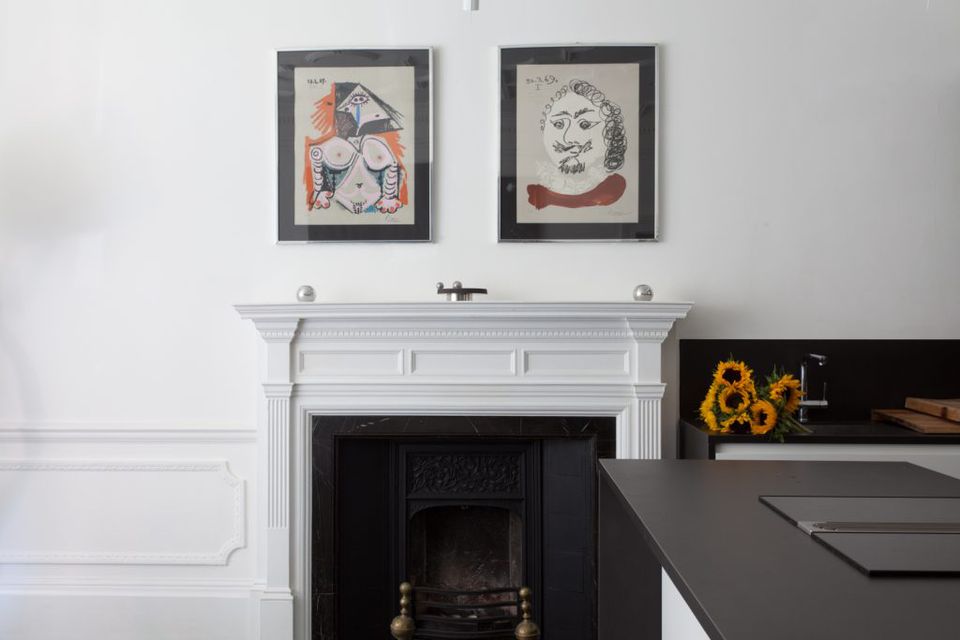 Another signature element are the rather obscure 'tree lamps' that grace the far corner. “One of my uncles had become quite successful as an artist working with - what’s it called - gesso in Italian" Fedro explains. As a boy Fedro frequently visited his uncle's plaster sculpture studio, returning home to make plaster creations of his own. "One day I made a little lamp from plaster, with copper on top. I kept doing it and would give them away to friends. These ones are the ones I’ve kept" he says, noting their other-worldliness. "I absolutely love them and I think my friends find them...thought-provoking?” he says with a twinkle in his eye. 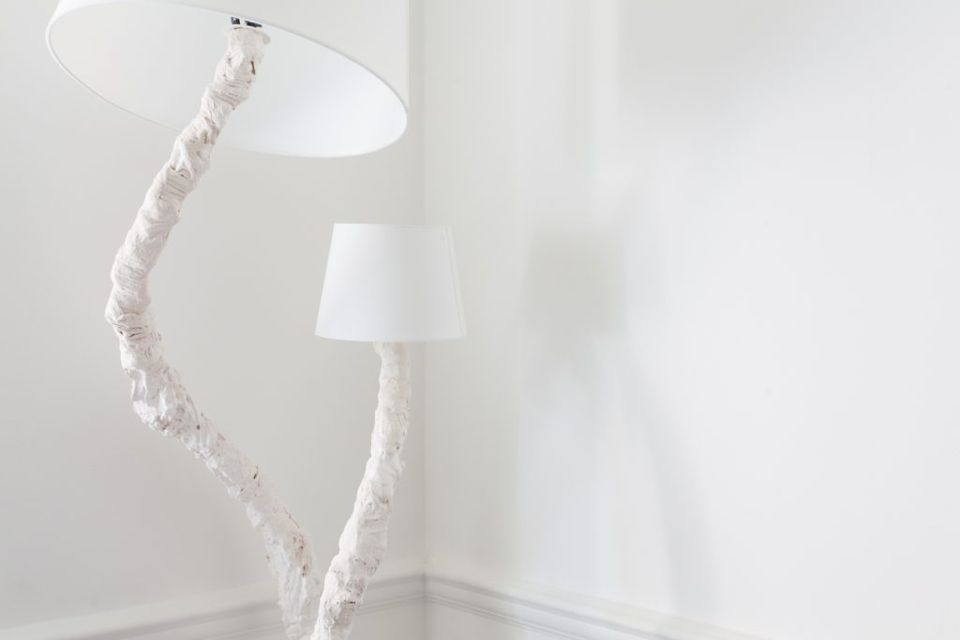 And what of the black square in graceful opposition to the period molding above? “The black painting with orange dots is by an Italian artist Luigi Carboni” Fedro explains. "When I moved in, the wall was calling out for something of substance, so I found this and it’s one of my favourite pieces." On closer inspection, one of the orange dots is clearly missing. "I gave it to my dear friend" Fedro says. "She made a deal with me saying, 'if you want to sell the painting, you have to come to me first'. It’s a proof of our enduring friendship". 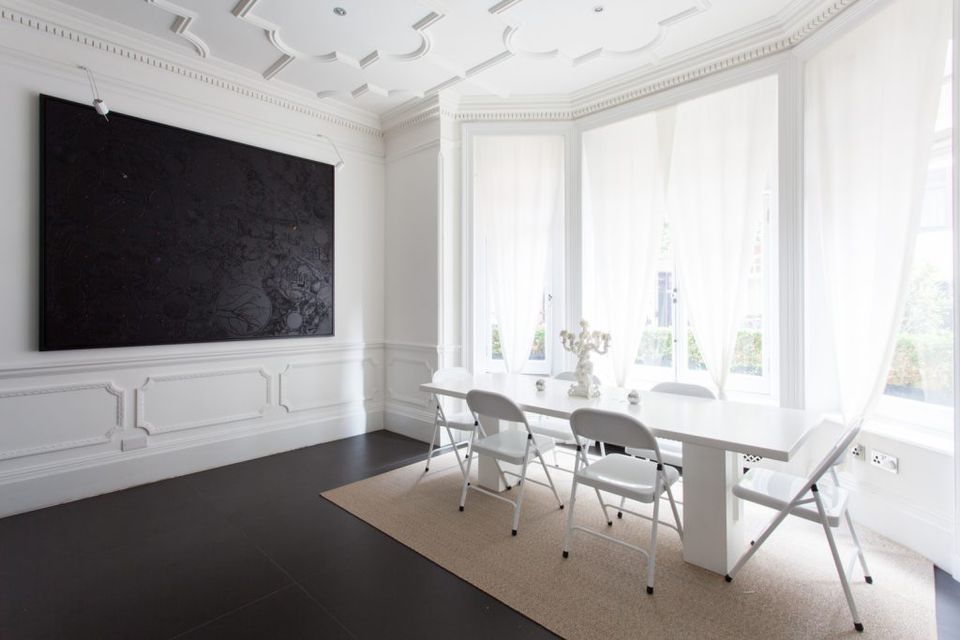 Do you love the monochrome look but unsure where to start? Work with one of our Homewings designers and let us help create the perfect space for you!