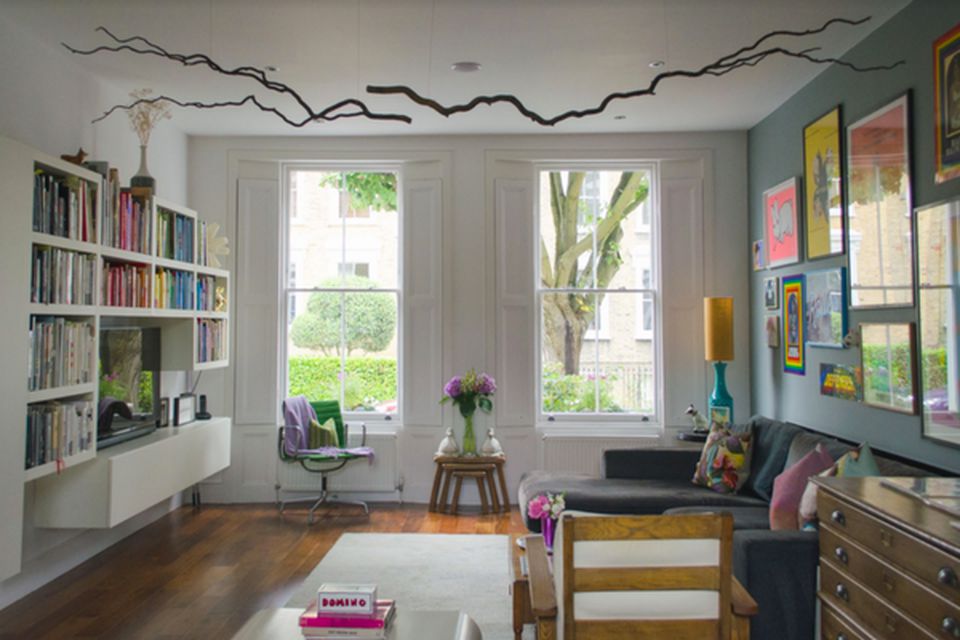 From the rugged hills of of Northumberland, to the quirky corners of his North London home, artist Paul West shares his greatest creative influences and philosophies on living well in this digital age.

1. What inspiration in your childhood led you to become an artist?

I grew up in Dorset on the South West coast of England before moving to London to study. My large family was very creative and music was a central part of my upbringing. My ‘bedrock’ bands and early loves were Bowie, Roxy Music and Pink Floyd - stuff my elder brother and sisters would be listening to in different corners of the house. My own musical epiphany happened with bands like Killing Joke, Human League and Japan, mixed with mates choices Motorhead, Iron Maiden, Deep Purple and Zeppelin. Music became a dominant force in my life and importantly - with the music came the cover designs. I’d spend hours absorbed in these worlds, drawing their logos and covers. 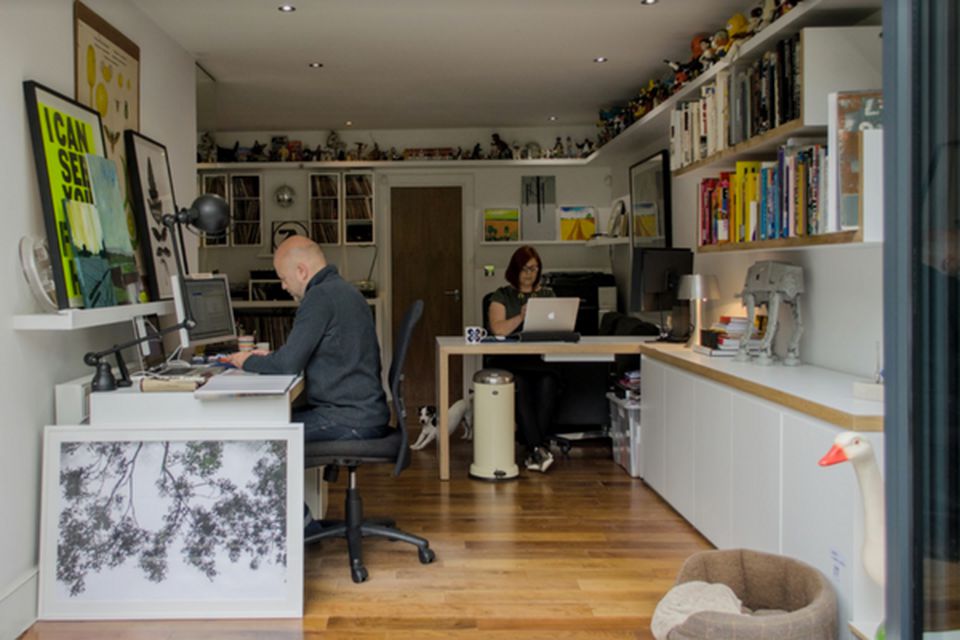 On the visual art side, early inspirations came from my brother who I used to watch painting huge pictures in the garden. Before New Wave changed everything for me, I was fascinated with the art of Roger Dean and in particular, a “Lord Of The Rings” poster which was really popular at the time. I later discovered that Jimmy Cauty from the KLF had painted it. I also loved comic art from 2000AD and Marvel and I was constantly drawing alternative worlds, wanting to be somewhere else - probably as a reaction to the limited things a teenager could do in 70’s Dorset. 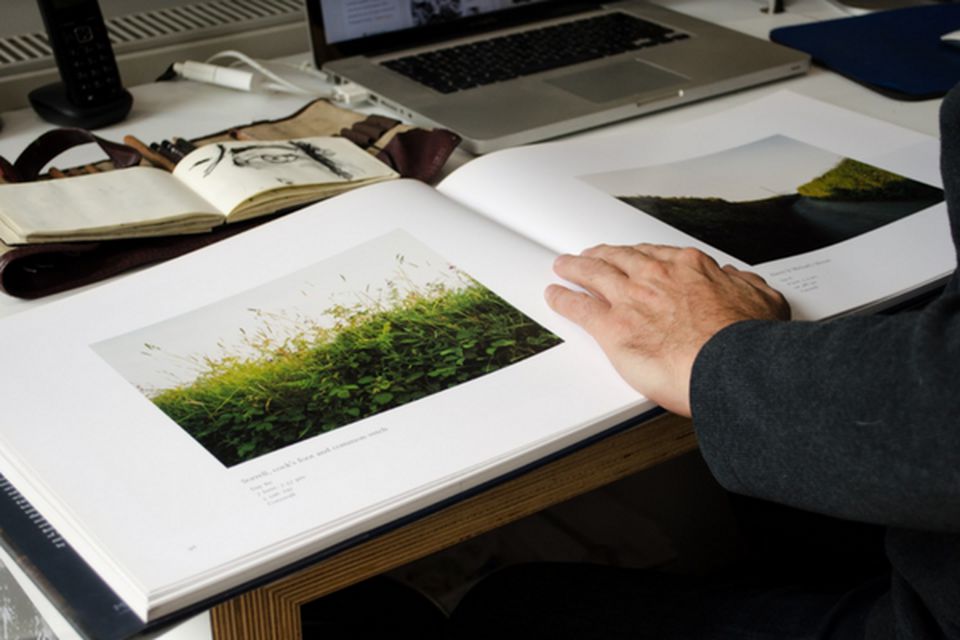 In my late 20’s I visited Northumberland in the North East of England for a holiday and fell in love with the countryside there. It’s been the place that has inspired my creative work most over the years. I’m a landscape-driven artist and nearly all my work revolves around Northumberland - I find the light, geography and history in this area overwhelmingly powerful. From the Viking invasions to the ‘Border Wars’ that existed between England and Scotland, all these events have left their mark on the land. The ruined castles of Warkworth, Dunstanburgh, Bamburgh add further to the ‘hewn’ texture of the landscape. It’s that ancient heart in these parts of the our country that I’m so captivated by. The cloud formations are also incredible as the winds from the Cheviot hills of Scotland interact with the coastal winds from the North Sea creating the most inspiring skies. 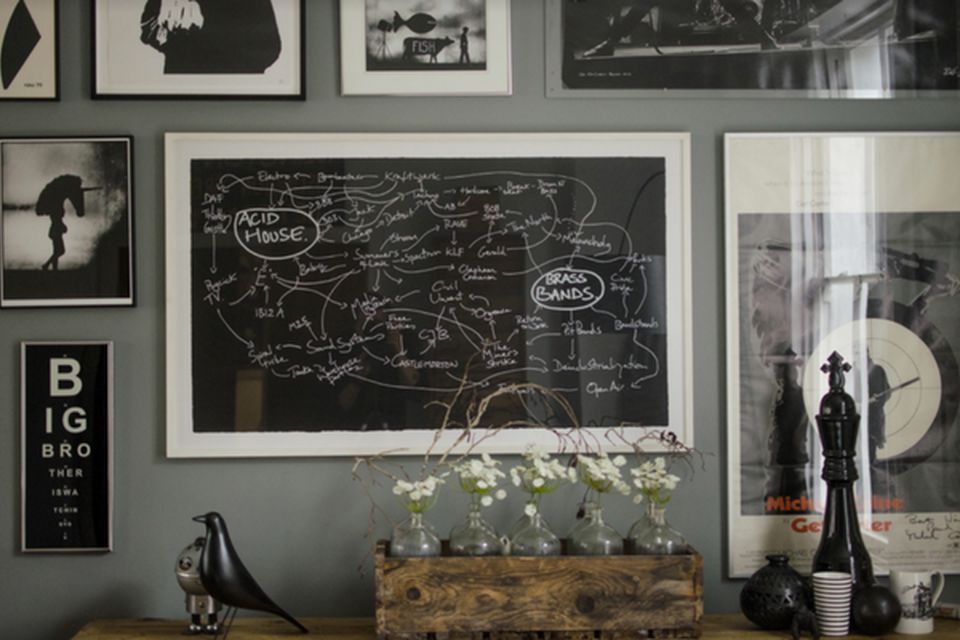 2. What style do you paint in and how has it evolved over time?

Over the years I’ve developed a more “impasto” style when I paint. It’s not just about the application, but how you feel when you see the paint interact with the surface it’s worked on to. My paintings have become less fixated on detail, favouring the emotional quality of the marks instead. The ultimate goal for me would be to paint a landscape in less than 10 brushstrokes - an intuitive, almost primal process of mark-making. 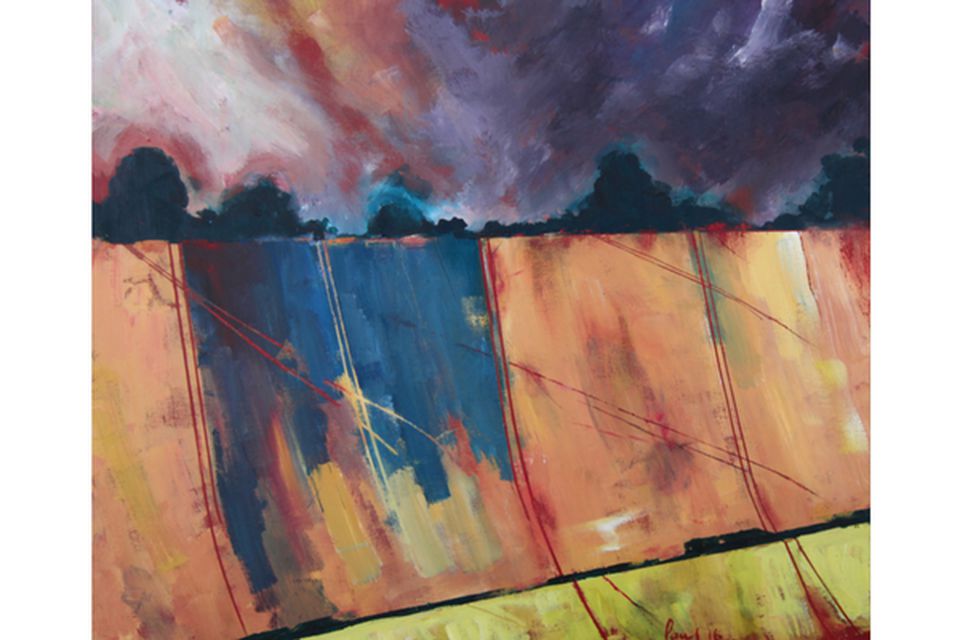 3. Living in North London, does your creativity also go into the surroundings and decor of your city home?

Yes it does, which is down to a joint styling by me and my partner Paula. We moved into a newly developed flat, so there were a lot of white edges and clean lines which for years we respected for the minimalist ‘canvas’ effect, but we’ve since populated it with hundreds of pictures and a lot of wood! We love the organic untamed feel of wood against a more regimented white. 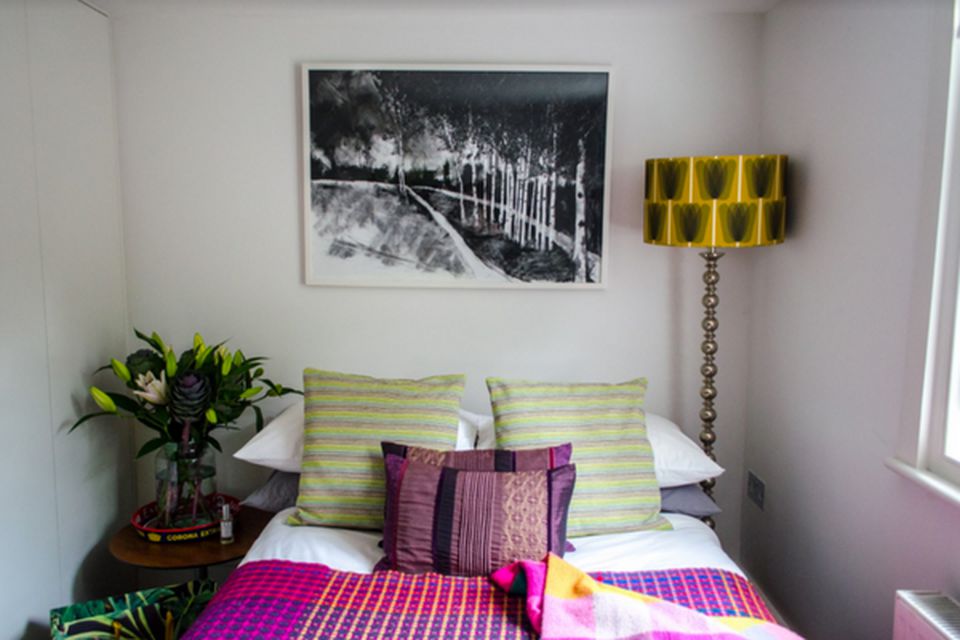 4. What pieces in your home inspire you the most?

There are three pieces of furniture I particularly love. The plans chest is a favourite, and years ago we bought an old wooden dovecot which is a beautiful, quirky bit of furniture which I love. There is also an old pitchfork we bought from Lewes, near Brighton, and it’s probably my favourite item in the house. If I could be anything other than an artist/designer, I would love to work with wood. The pitchfork feels reassuringly old, and in my imagination it’s medieval - though it’s obviously not! I’d guess it’s probably more around 60 - 70 years old. It’s really beautiful to me and its functional aesthetic suggests a story and that’s one of the things art should help you do. 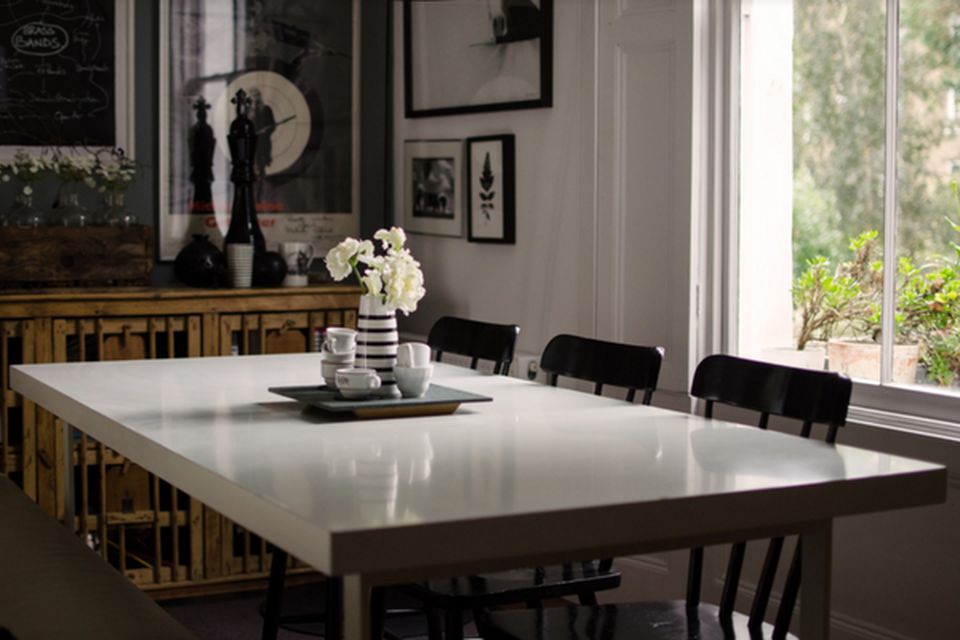 5. Why do you think creativity is important in one's surroundings?

I’ve spent my professional life in the design industry - both print and digital. I find that as important as the digital landscape is, I feel starved of a certain intimacy in that line of work. What I’m striving to do in my painting and charcoal art is reach a more ‘primal’ form of mark making. I love getting my hands dirty with charcoal or paint, and I love holding a canvas and imagining the final painting before I’ve started. The tactile, analogue qualities in life drive me greatly nowadays and keeping a sketchbook and pencil for instant access is really important to me. 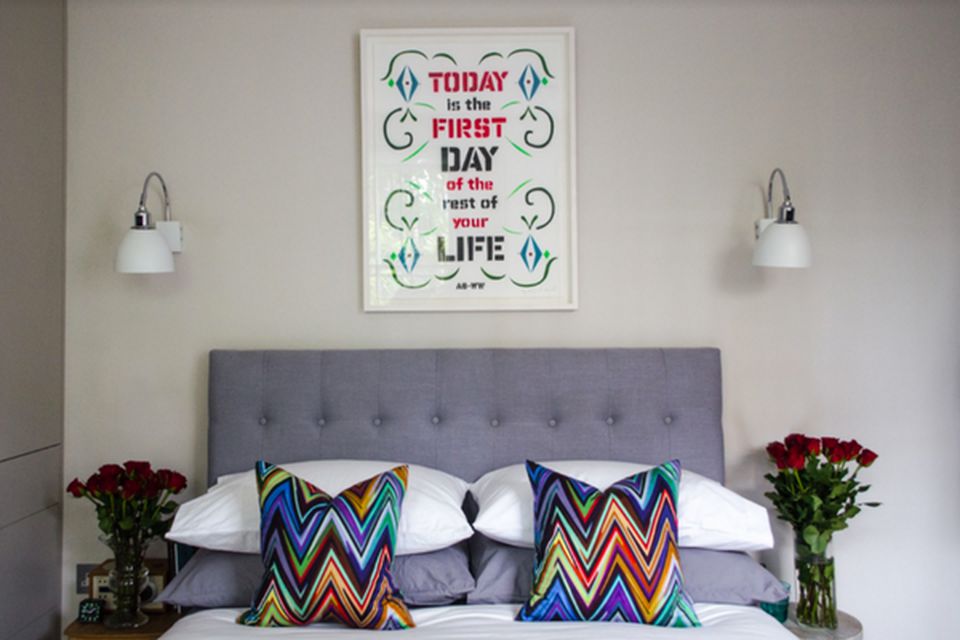 My creativity is also fuelled by the fact I’m an avid vinyl buyer. I’m addicted to the joy of seeking out the record I think I want - but being seduced into buying something else on the basis of the cover art. Last weekend I went to the Independent Label Market in Kings Cross and bought four albums from artists I hadn’t heard. Three of the albums I love, and one I really can’t listen to - but that’s OK, the gamble was worth it for the other three. I strongly believe that we need to do the work to appreciate the art we love, on any level, and I don’t like the way algorithms have developed to override that element of exploration for us. 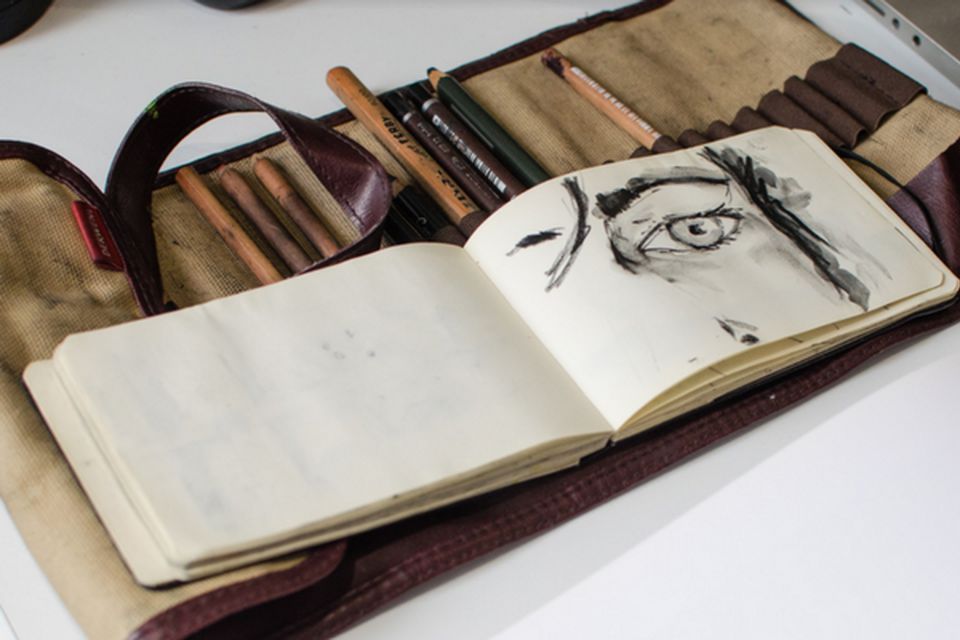 A sad reality about the idea of ‘living creatively’ is that so many people feel they can’t achieve this in their lives. They’re told they can’t from the earliest stages of their development. “You’ll never achieve this” or “You’ll never afford that.” The careers advisor at my school told me that if I wanted to pursue art, all I would ever be was an art teacher, and when I look back I’m staggered at how blinkered that advice was, and thank goodness it was my art teacher who gave me the best advice that set me on the path to Arts Foundation college which has informed my life ever since. If you can find ways to feel more connected to the creative experience in life, that’s the free gift that we owe ourselves. 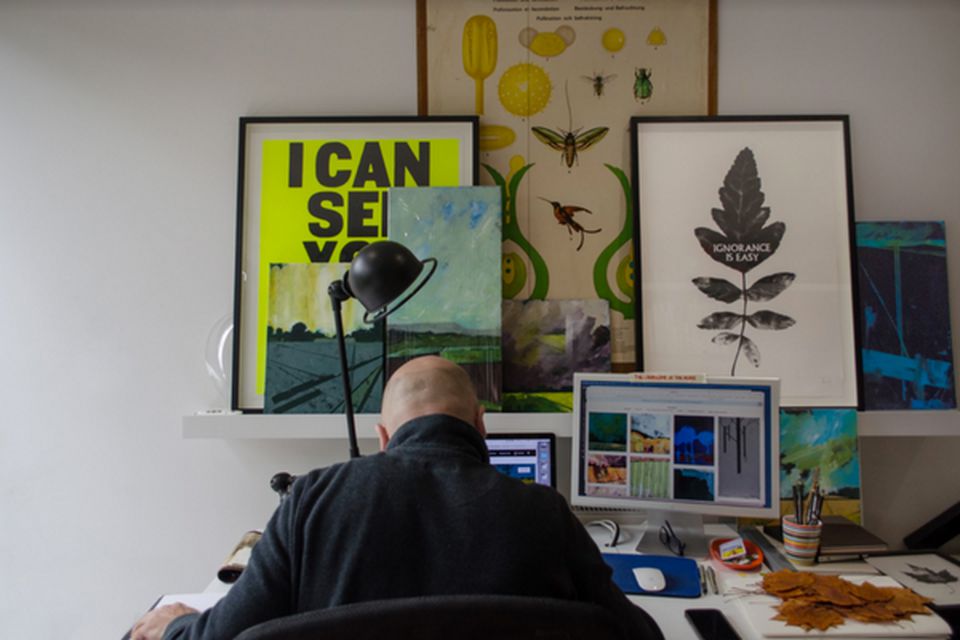 Are you ready for your home to undergo a similar transformation? Team up with one of our fantastic designers to create a space perfectly tailored to you!

At Home With: Olivia Bossert

Before & After: Turning a Young Couple's First House in West London into a Home

A Central London Airbnb Turned Home Away from Home